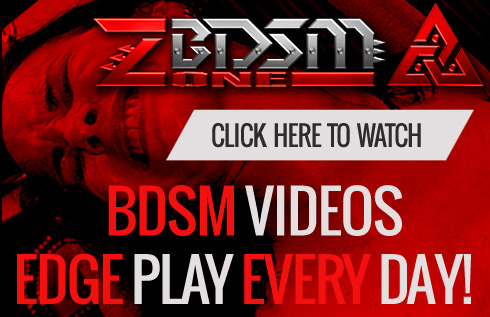 Oh no! How did I get myself into this. I go to a performing arts agency looking for work, sign a few consent forms, then bam! I wake up like this... Haha! This dumb bitch signed away all her rights and even gave us control of all her money and assets. How stupid can you get? We'll have to spend all her money on extra harsh punishments so she realises how much of a brainless whore she truly is.

Tomorrow we'll begin her treatment. Get the fat 10 incher ready for breaking in her butthole. We won't be too cruel since it's only day one. Get the erector suction tube on her clitoris so she can show us a few multi power-gasms before breakfast.

It's actually rather funny watching the quivering wreck breakdown, spurting through another orgasm as she gets some intense shock-discipline. Oh, Gawd! I hope they get bored with parading me around, and let me go soon, I really need to pee!

Hehehe, oh relax, bitch! It's not even in yet. Oh right, I guess you're whining about the special lube I used on your butt, 'Icy hot extra strength muscle gel... Caution: Do not use on sensitive areas, will cause long lasting, unbearable itching and very hot-freezing sensation,' Wow that tiny, pink choir girl hole is really shaking like mad now, after I only dabbed a single drop on and, how rude, it's clenched so tightly it could crush a walnut. Soon your girly poop hole will be taught some manners while it's wrapped around my XXL anal probe. But first I'll have to rub in plenty of this special lube. Here we go...

If you want me to stop caning, you better suck harder. I'll only take out the giant plug once you deep throat. HAHA! You said you wanted to be famous, you're streaming live across the internet. By the way, does that cock taste familiar? It spent all last night and yesterday stuffed up your twin sister's butthole! NHHHHPPHHI! Keep sucking! *THWACKI* MNNPHHHH!!!

Hey, little fuckpig. How are we today? Not still uncomfortable after last night I hope. You didn'tthink you could take a whole gallon all night did you?

Heehee, you looked like a big fat pregnant pig! You even squealed like one when I popped out that bulky butt plug and let you gush all that messy stuff all over yourself.

I expect you to do the same tonight on stage. I've invited all your "friends" from the pageant. They all still seem to hate you for beating them, but I've made it so they can get even tonight.

Now, spread those butt cheeks, I wanna see how you respond to 20 strokes of a riding crop directly on your sensitive anus.

Oh NO! But wait, the headmistress is at breakfast, I can't just interrupt her. She'd be furious!

You won't just be interrupting her, it's Monday you silly girl, that means the entire school is at breakfast and all the faculty too.

Secretive behaviour is not tolerated at this academy, especially disgusting sexual tirades. And if I see you try to wipe the lubricant off your bottom one more time, I will personally make sure you spend the rest of this year's breakfast hours on the great hall's podium, showing the school how you like to use that filthy hairbrush in you, while they eat, so they all know what kind of a disgraceful, perverse animal you really are.

But now that I think about it the headmistress will probably make you do that anyway!

Come on, look at yourself on the screen, it'll soon be broadcast to the entire congregation of your church!

That's right, into the camera... HA! You actually said it! I love when the shy ones just give up and humiliate themselves, It always seems to stay with them forever.