I looked up at the silhouette of the light bulb hanging from the cord of the lamp. It was near eight o'clock in the evening and the sun was going down on a very nice summer day. I had spent the last three hours flat on my back with a gag in my mouth, hands cuffed in steel between my legs, and my ankles in heavy leather cuffs chained to the heavy kitchen table looking at the sun light on the burned out bulb. I had laid down on the floor wearing only white pantyhose, a see through nylon bra, and black high heel shoes at five P.M. with the timer set for one hour. The key to the lock that held my feet was affixed six feet above the floor by candle wax to the bottom of a light bulb. The idea at the time was to play self-bondage for an hour and then the timer would light the bulb at six heating the wax and dropping the key. I would crawl around for the key, unlock the chain at my feet, and crawl into the living room for the key that unlocked my handcuffs. I was comfortable and enjoyed molesting my clitoris like a helpless rape victim until the timer went off and the bulb failed to light and heat the wax. Then, I went into a panic.

My roommate could be home at eight or ten or twelve or she could spend the night with her lover and not come home to free me till noon tomorrow. I had tried a number of times to free myself, but soon learned I was only making the situation worse. I was staying where I was, on the floor, gagged, near naked, and totally helpless. I was beginning to worry about peeing, if I was not released soon. I wondered what Jera would do to me this time. Then I heard the motor of the garage door opener followed by the car and realized it would only be a couple of minutes. Jera would not simply release me and laugh; I was about to go through real torment. Then as the front door opened and I heard their voices and their kissing and their affection, I knew things were going to be worse than imagined.

They seemed to take a long time in the living room kissing, hugging, and Carl probably undoing Jera's bra, buttons, or zippers. Finally, Jera walked into the kitchen to get some wine for them both and seeing me on the floor helpless in white underwear with a gag and tears, smiled. She could have removed the gag and I could have told her where the key was and I could have been off to my room. It would have been the considerate thing to do: less embarrassing for me and no embarrassment for Carl her date. Jera could have made fun of me the next morning and teased me for weeks going on with her plans to drink wine, chat, and have sex with Carl. She looked at the key stuck on the light bulb and than looking down at me called for Carl to come into the kitchen.

I closed my eyes while Carl and Jera made fun of me with lewd remarks and suggestions that ran between leave her allow till morning and let's call some friends and throw a party. I had known Carl for nearly two weeks when we went on a double date. Yes, I have boy friends and fuck and a couple have even tied me up, I'm not ugly you know! Jera explained what was suppose to happen as well as I could have myself. They giggled and made jokes and both of them looked over my near naked and helpless body. I was hoping that one of them would have enough pity to remove my gag and allow me to beg for release.

Then Jera began telling how she had found me the first time a month after we moved in together. (Yes, it happened before and no I apparently did not learn my lesson.) I had used the same gag and cuffs only I cuffed myself to the stairs with the key close by to allow for my release. I could release myself but not before Jera walked into the house (alone at least that time) and found me. She left me there for over an hour after kicking the key out of reach. Then she got very femdom and asked if she should go and get a strap-on and give me a good lezzy fuck. She said she wanted the house cleaned and if I did a good job, I could get dressed (I wasn't wearing a stitch). I cried, just as I was crying now, and begged to be allowed to clean the house promising not to dress until she was totally happy with the work.

At this point, she lied to Carl telling him I was queer and had begged her for sex. She said I asked to eat her pussy and be her sex slave. It was all a lie, but she loved the way I was turning red and going into a rage. They, at Jera's suggestion, pulled the key from the bulb, unlocked my feet and dragged me into the living room. Carl proceeded to have sex, not with me, but with Jera making me watch and listen to their lurid love making until Carl shot his load into her hot wet pussy. 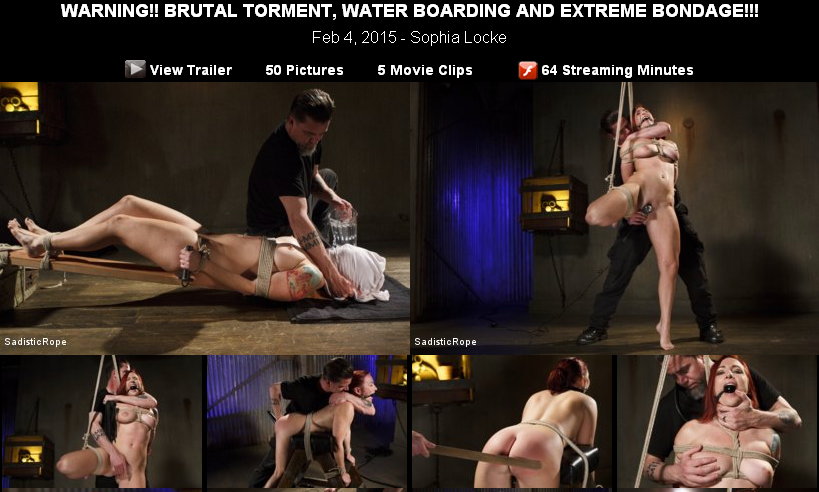 I know it was hot and wet, because she came over to me and demanding my cooperation with a whisper in my ear pulled the gag from my lips and sat on my face almost in one motion. My mouth went from one form of complete surrender to another form of complete perversion. I am no prude having had oral sex with girls some years ago, but never with Jera although Carl would certainly believe her over anything I might now say. The semen flowed down her virginal tunnel and into my mouth with my tongue licking and sucking every drop. I could tell you I was being raped or forced, but except for the disgusting thought of eating cum second hand I was really turned on. It is not something I would ask to repeat, but having it forced on me or in me, well the excitement was overwhelming.

She did not just ride my mouth and fall off panting like an animal. She called Carl over to work my lower body and ripped my bra off leaving a bad bleeding painful scratch across my back. Carl was timid at first caressing my stocking covered calves and then rubbing my inner thighs as though I was a plastic doll with no feelings or say so. It was Jera who tore my pantyhose open and told Carl to "have a taste." I finally passed out for a moment from over work and lack of air.

When I looked up the two of them were drinking wine and exchanging comments about how they found me, my current appearance, and what they might do next. It was all very crude and some of their ideas were sick.

"Coming around now, Barbara Jean. We are going to have some more fun in a few minutes, but I wanted to tell you what you will be up to in the morning. First, make us a good breakfast serving it on your knees and attending to our sexual interest. Then, you will clean this house from top to bottom and you better do a good job or you will find yourself right where you are now. Then, Carl will take you to his apartment and you will clean it the same way, naked so you won't run off. Carl's moving here and he better get every penny back from his cleaning deposit or you will wish he had. Your stuff goes into storage and you will be sleeping at the foot of our bed. I want you both to know, Carl has permission to fuck you anyway he likes at any time. Now, we are going to put the gag back in so we don't keep the neighbors up while we take turns paddling your ass."

With the gag in place and the first set of painful blows applied, Carl said how lucky for us (unlucky for me) that the bulb burned out. Jera laughed and said, "It was not luck. I put the burned out bulb back in the package. Had it there for three weeks waiting for this blow job to get playful."

Thank you Mistress MARGARET B for letting me tell my story. My name was Barbara Jean, but my owners and their friends call me Blow Job. I cannot say I am happier now than I was before, but most of my perverted needs are meant and I have all the sex a girl can handle.

Most self-bondage does not end up like this. Most of the time it ends worse! 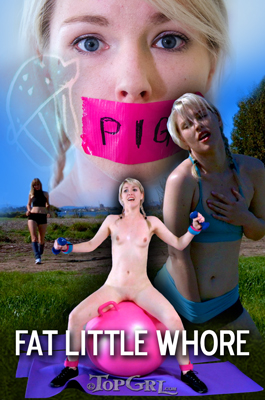