Angie arrived home with a sense of relief. After closing the door and making sure it was locked, she headed to the kitchen for a drink. Having poured herself a glass of wine, it was time for a shower.

Showering always made her feel better and as her soapy hands moved over her body, she began to plan tonight's activities. Ten minutes later Angie was out of the shower and dried. Still naked she got another glass of wine and headed for the bedroom.

At the bottom of her wardrobe was a large box which she took out and opened. Inside were all her secret playthings. As she removed each item she could feel the excitement start inside herself.

Next out the box came a pair of ankle cuffs which she put on and tightened. By now the excitement inside her was almost too much to bear and it was all she could do to continue. Another item from the box, this time a ball gag. Opening her mouth. Angie pushed the ball in and fastened it behind her head. Not too much more to do now. A pair of handcuffs were next, followed by a large plastic bag and some cable ties.

Angie sat the remote for the vibrator on a table next to the bed and set it to go off in 15 minutes. She also placed the keys on the table near the edge were she would be able to reach them. Lifting the cuffs, ties and bag Angie moved to the centre of the bed. Slowly Angie eased herself into the bag, pulling it up over her body. The feeling of the cold polythene made her shiver and her nipples harden even more as it slid over them. Once the bag was up over her head Angie gathered the ends and sealed them shut.

Lying down, she shut the cuffs on one wrist and then looked through the clear plastic to make sure she could still see the keys. Next she closed the other cuff over her other wrist behind her back but did not shut it. This was as far as she normally went, lying on her bed pretending to be helpless.

Perhaps it was the wine or maybe just carelessness but as she lay there squirming she suddenly heard a click-clicking sound. Angie froze.

She pulled at her wrists and found that they were locked together. Suddenly her fantasy had become a reality. A mixture of fear and excitement coursed through her body.

"If I don't panic I should be able to reach the keys" she though to herself. Slowly she made her way across the bed trying not to breathe too quickly and trying to keep her body's excitement in check.

She wondered "Will I be able to get them before my next orgasm starts?" 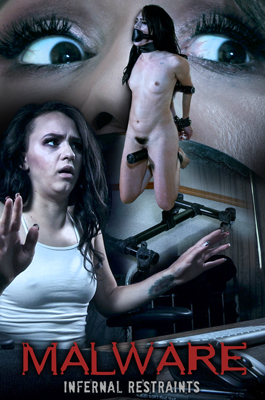