In the meantime, just to dispel the misunderstanding, some have, and to stop the mail in support of such a misunderstanding, human equine and canine role play has absolutely NOTHING to do with bestiality, abuse of animals, or non-consentual play between any form of beast and a human being.

Animal role play is PLAY in yet another form involving an exchange of power between two or more people. All human. One adopts the role of controller - trainer/owner and the other/s the role of a specific animal. Unlike Noah's Ark I have very seldom come across someone who works with a mixture of animals, unless of course it is Circus Play. Usually it is one category of animal - horse/pony, cow/bovine, dog/puppy, feline/cat/tiger/lion, pig, or some other exotic breed of animal. Though I suppose a work dog could be added to a stable of horses to assist the trainer or simply sit at his feet.

pet: a bottom who gives up physical and psychological control, and through submission and service to the mistress/master is treated as a prized possession.

"Pony"ing is a rather unusual kink, but not an unpopular one. It's an S/M game in which the submissive is dressed and groomed as if to be a horse or beast of burden. Usually ponying is characterized by a whole lot of costumery and leather-- belts, buckles, bells, crests, the sort of stuff usually found on show horses. For those people really into it, it can get expensive. And it requires a lot of skill, even on the part of the dominant, since nobody makes pony outfits for sale.

More extensive ponying games can include actually using people as beasts of burden, usually to "carry" the dominant around on some sort of cart or wagon-- the very best of these are made with the latest in bicycling materials, so the wagon is light and comfortable.

I've been to several parties where ponies were in play-- I've even been one myself, although that was for a professional show and not really "play" per se. The harness was a little too tight and series chafed my testicles (yes, there are pony boys too-- in fact, the most popular fiction account of ponying is in Anne Rice's "The Claiming of Sleeping Beauty," and all the ponies there are boys).


The following are notes taken from a Pony Girl/Boy Seminar.

BEING A PONY GIRL/PONY BOY

Being a Pony requires, first and foremost, a willing partner, and secondly, an understanding of how you are supposed to act. The goal simply, is to act, behave, and perform as would a real "pony." in the show ring, race track, or out for an afternoon's pleasure drive in Hyde Park.

We will begin by first describing what the Rider (or driver) is trying to get out of his pony, and then how the pony should set their mind to being a pleasure horse.

The ACTIONS OF THE RIDER

The rider, in the simplest form, is working towards a relationship with the pony in which the pony "performs" selected actions and where the means of communication is essentially non-verbal.

There are seven pony behaviors the rider is trying to train his or her pony to perform. These are: Walk Trot Canter Reverse Back Bow or Kneel Drive or Draw (a cart) Nicker, Neigh, or Whinny Present or Mount

This is by no means the complete retinue of pony actions, just the basic seven. A number of other actions are not uncommon, most having to do with sexual activities and are best left to consensual tastes of the pony and rider team. The actions fall into two broad categories: the Movements, and the "Pony Tricks."

Walk: The Walk is the most basic of trained actions. Properly performed, the walk is a series of slow high steps which cumulate in an upsidedown "L" (greek gamma) shape of the leg while at the same time the toe is pointed towards the ground. The higher the leg rises, the more the toe points downward. As will virtually all pony actions, the motion of one part is reflected by the motion of another. The smoother the motion, the better. In scene pony shows, judges will be watching closely for the overall blending of motion into one smooth action. In those cases where a dramatic flare is required, the smoothness of the transition to and from will be hallmarks of a winner.

Prance: A quick walk but not a trot. Most difficult but the results are worth the practice. Again the key is a high step but this time the head turns proudly from side to side. The trainer must always observe his pony to insure that the move is ascetic, appropriate, and not over done.

Trot: The trot is an accellerated walk with the primary difference being that the upper leg rises above the horizontal limit imposed in the walk and the lower leg moves the foot inwards slightly - more of a chorus line kick. As with the walk, smoothness is the key.

Canter: the Canter is a move unrelated to the walk or trot. Here, the motion is a quick (but not frenetic) stiff leg sissors movement with the back leg never passing the foreleg. The best canter pace for a pony is that pace which is defined by the bounds of the natural limits of the pony's stiff leg movements. In other words, the pony should never over or under reach when performing the basic working canter.

Extended Canter: The Extended Canter is simply an overreaching movement of the foreleg during the canter. The rider should induce this movement with a lunge whip and the pony should never undertake it unless commanded to do so.

Reverse: The Reverse is a move used during scene pony shows where the pony has moved to end of a run and must return back to the starting point. The direction of the turn should always be towards the judges, be it left or right, so that the pony never shows them "tail." Additionally, the movement should be performed on one leg, and be smooth turn. In most cases, the ring master will call the actual reverse; this becasue the rider (unlike a real horse) is behind the pony and must adjust their position.

Back: The Back Motion is a walk in reverse. Take the walk described above and reverse it - simply walk backwards following the rules above! Easy? Try it. Its a good judge trick to sort out real top notch winners from each other in close competitions.

Apparel: What a pony wears can have a major effect on the movements, as well as a major benefit - particularly in the area of footwear. Immaterial to whether the footwear is six inch heel boots or flat shoes, the footwear should be securely fastened and present no possibility of slipping on a hard wood or concret surface: safety is the first rule!

The Position of the Head: While each pony and rider team will have to work out the choreography of thier performance, the following tip will be of benefit to those concerned with the asthetics of the movements: The head is best carried slightly chin high. This position should be maintained as much as possible except during any actions involving head tossing or other than upright positions.

The Position of the Hands: This is an area of debate. There are two schools of thought: the first places the hands at the side, held up with wrists turned in. The hands must remain motionless and quiet. The second is not unlike the German approach to equestation: tie 'em up. Full length arm/hand restraints are used and it has a very nice look to it and works out very well. The only caution - if you plan to use this approach along with very high heels, practice alot - a pony losing his or her balance will most definately find the location of the nearest planet quickly!

In all activities, from the "barn" to the boudoir, safety should be a foremost consideration. The principle area where injury can occur in this scene is a subtle one, but a very painful surprising one- The high stepping itself. Care must be taken not to overstress the calf muscles. A little twinge of stress is about the max one should push it, working on stretches and other exercises to slowly progress. 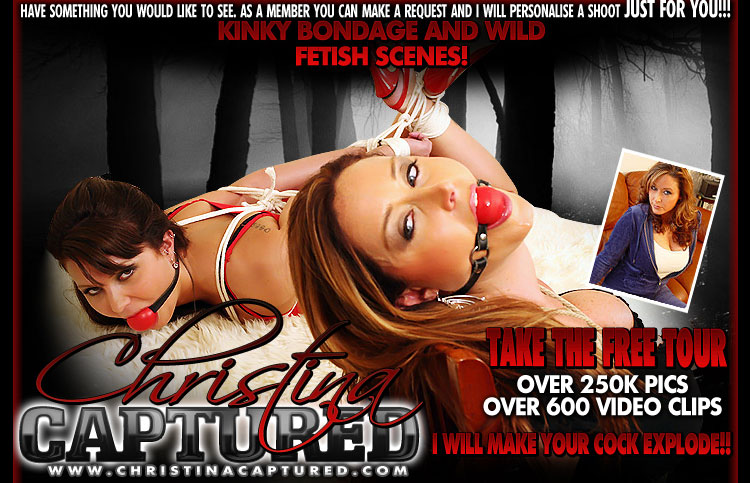