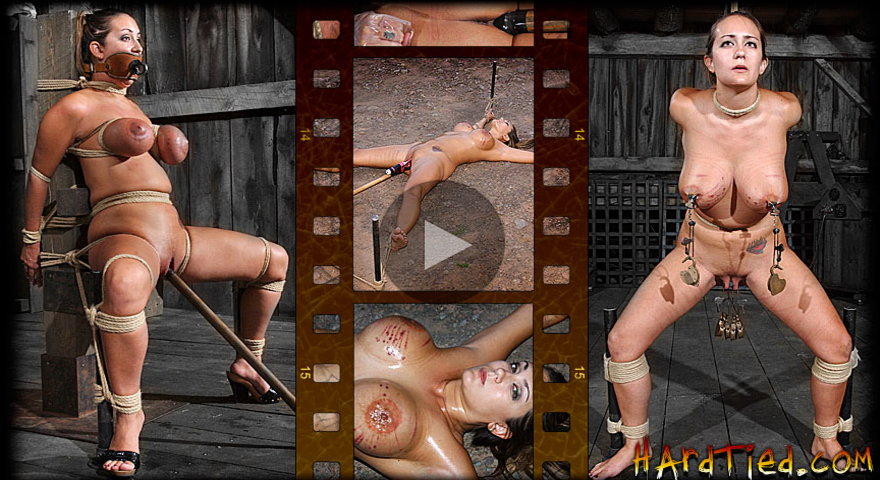 The incident I am about to describe to you took place a year ago. It was summer vacation and I was spending it on my uncle’s ranch. My uncle had bought the ranch a few years before and hadn’t done much to it. He was still living in town where he worked and lived. The ranch was a three hour drive from his house. The ranch sat up in the hills. It was a great place to spend time because it was very peaceful and very secluded. The ranch itself was over two hundred acres but on either side of it was state land which no one owned or really went on. It sat in a valley and had multiple creeks running through it but the surrounding hills were barren.

My uncle had let me stay on there for free for the summer as long as I took care of the place. Taking care of the place wasn’t hard. Mostly it involved taking care of the horses and making sure the fields got watered. I spent most of the time lounging outside sunbathing naked. I love lying out in the sun bare ass naked. And if anyone were ever to watch they would too. I am a five foot six; I have a nice body and a very nice set of tits. Besides looking good seeing a naked girl sunning her freshly shaven crotch is a sight I am sure mostly people would like to see.

I had been experimenting with self bondage for a very long time and had tried it out a couple of times while I was on the ranch. The problem was it wasn’t very exciting. It was hard to tie myself in good positions that kept my attention for very long. I had been skinny dipping in the creek and had started taking walks around the property naked but never found either too exciting. I have even saddled up one of the horses and took them out riding wearing nothing at all. I was in the barn one day trying to come up with something that would be exciting to try when I got an idea after finding an old saddle that was here when my uncle bought the ranch. Since it wasn’t one of his I knew I could do what I wanted with it and he would never know. I took the saddle down from where it was hanging on the wall then headed to the tool shed. I found two shovel handles that I figured no one would miss then headed back to the barn.

In the barn were the tools for fixing up the ranch that I planned to use to set things up. I put the shovel handles in a vice and cut the top seven inches off each. The shovel handles where an inch and a half in diameter with rounded tops and would serve as plugs for my holes. With the shovel handles cut I then took a power drill to the saddle and drilled two small holes in the base of the saddle then drilled holes in the bottom of each handle. The holes would be used to put screws through to secure the new plugs to the saddle. Before I put the plugs on I placed the saddle on a wooden horse. The small cross beam things you use to put boards on to cut. With the saddle on the wooden horse I got on it and started adjusting the stirrups. I lengthened the stirrups until I was sitting on the saddle with my legs fully extended. If I stood on my toes I could raise myself about four inches off the saddle which would relieve myself a little of the plugs but wouldn’t allow me to get off them. With the stirrups set at their new height I took a couple of pieces of wire and wound them through the stirrup holes with a pair of pliers. I would need the pliers if I wanted to change the height of the stirrups now.

With the stirrups finished I used two screws to secure the handles to the saddle. The plugs were positioned so when I mounted the saddle they would go into my cunt and ass. There were only a few things left to do. The first was to saddle up one of the horses. There were several horses on the ranch to choose from. I decided to go with Colt; he was a beautiful black stallion. I didn’t usually ride him because he had a tendency to do what he wanted and not listen to you. I went out to his pen where he was kept with reins in hand. Leading him back to the barn I saddled him up under a beam in the barn roof. I planned on using the beam to lower myself onto the saddle since I couldn’t use the stirrups to get enough height to get over the plugs. The last thing to do was make a quick trip to the house. I was really getting excited about doing this.

As I got to the house I was starting to have second thoughts. I knew there was no way I could get off of the horse once I was in the field. The only way to dismount would be to get back to the barn and use one the beams or to find a tree branch then walk across the field naked. I also knew that if someone came I could just ride the horse to a different area of the property and be safe. It seemed really disappointing to know I could be safe so easily and I really wanted to do something outrageous. Walking inside I went for my backpack that had my toys and condoms. 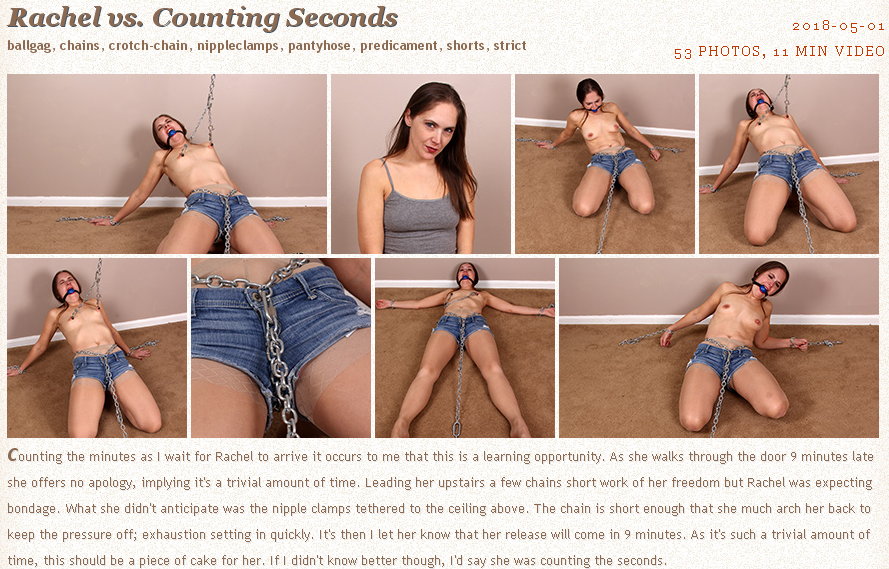 I had originally hoped there would be some sexy farm hands on one of the nearby ranches so I could have some midnight rendezvous this summer but that plan had fallen through. I grabbed two condoms, my lube and on a whim I grabbed my pair of handcuffs. Before I left the house I grabbed the handcuff key and the string that was in ice in the freezer. I had been using the ice cube method of release this summer to get out of the other self bondage positions I had put myself in. The key was tied to one end of a long string that was looped over a couple of times with the loop being held by the ice. When the ice melted the looped part of the string would uncoil letting the string fall a couple of feet.

With my items in hand I walked back to the barn. When I got to the barn I stripped all my clothes off and threw them into a pile in the corner of the barn. Next I took the condoms out of their packages and rolled one down each of the plugs. The condoms were rough riders with studs on them to add to the sensation. I then took a little lube and applied it to each of the condoms. I was almost done. I took the key string and tied the free end loosely around my neck. Then I took the cuffs in my hand and locked one end around my left wrist so they would stay there. One last step, I put my foot into the stirrup and stood up. I reached up. Grabbing the beam I pulled myself above the two plugs and swung my leg over the other side. I very slowly lowered myself down onto the plugs. As soon as my toes were touching the stirrups I let go of the beam. I was now standing on my toes with at least three inches of the plugs in me, while my legs were held wide apart on either side of the horse.

Before I had second thoughts I took the rains in my hand and got Colt moving. I steered Colt out to the open field. My calves were already starting to burn so I lowered myself the rest of the way onto the plugs. God I felt full. Every step the horse took got transmitted to me through the plugs. I steered Colt around a little then decided to test things out. I gave him a quick kick in the sides and told him to go. We were flying across the field at a full gallop. I was bouncing and moving on the saddle as much as the plugs would allow. By the time we got to the back field my pussy was a little sore and soaking wet.

When we got to the middle of the field I put the last part of my plan into motion. I took the ends of the reins and tied them to the saddle horn. This way the reins wouldn’t hit the ground but they were still loose enough that Colt could move his head in any way he wanted with out the reins affecting him. With that done I took the string around my neck and turned it so that it was hanging down my back. Then I placed my hands behind my back and closed the other cuff around my right wrist. I was stuck on the horse and just along for the ride until the ice melted and I could free my hands. I figured it would only take about an hour since the noon sun had really headed things up.

It was really exciting sitting there on a horse naked and out of control. If someone came not only could I not run and hide but I was also on a horse adding a whole knew bizarre twist to things. All I could do was wait for the hour or so that it was going to take for the ice to melt. I was really horny sitting there. I tried wiggling around to move the plugs inside of me so I could get a little relief. As I moved around I tapped Colt on his sides with my foot which he took as a signal to move. Colt began a lazy walk through the field while I sat on top trying to wiggle around on the two plugs inside of me. With the control out of my hand Colt was free to go where he pleased.

He had been walking around for about ten minutes before he realized he was in control. I think he must have started smelling my juices at this point because he was really starting to get excited. He started going back and forth across the field at a trot. I was bouncing up and down trying to concentrate on staying on but all I could think about were the plugs moving inside of me. Half way across the field my pussy exploded into an orgasm. I moaned so loud I was sure that the neighbors would hear it. Colt definitely heard it. Suddenly he went from a trot to a full gallop. My crotch was getting pounded by the saddle as I bounced up and down.

By the time I was able to get the key and unlock my hands we were on the other side of the property. My cunt was extremely sore and tender after receiving such a beating. My whole body was exhausted. Between trying to stay on and the multiple orgasms I was beat. With my hands free I grabbed the reins and led Colt back to the barn. Once I got to the barn and off of Colt I took his saddle off and put him back in his corral.