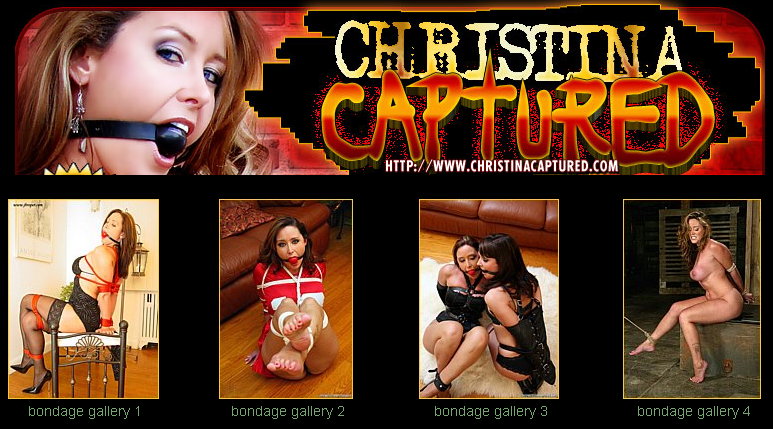 Bryce heard the distinct sound of the snap of leather on bare flesh before he reached the open door to Jason’s office. Even with that forewarning, he was unprepared for his first glimpse of Maggie’s naked ass bent over Jason’s desk. It was a sight he had longed to see for months now, ever since Jason had introduced him to Maggie, his current girlfriend. Her rapidly reddening buttocks were round and soft, the flesh beginning to redden as Jason applied another blow across those fleshy mounds. Her long, full skirt was thrown over her back; her panties pulled to mid thigh. Her legs were spread only as far as her panties would allow, leaving her anus protected between her buttocks but affording him a small view of her pink slit glistening with her juices. The sight of her wet arousal told him what he needed to know-that she was enjoying every lash from Jason’s belt; the pain was turning her on as much as her strapping was turning on both him and his best friend.

“Why do you do this?” Jason asked before raising his arm and landing a hard blow on the undercurve of Maggie’s ass. “You’ve gained at least five pounds. I don’t know why I keep your fat ass around.”

“Please, Jason,” Maggie cried out as he laid the belt across the middle of her ass again, causing her to jump at the fiery heat. It was mortifying the way she couldn’t help but lift her aching buttocks for more, the way his tormenting abuse turned her on. “I haven’t gained any weight, I promise!”

“Bull shit, Maggie!” The belt landed again and again, turning her buttocks a bright, fiery red. “You’re so big now you don’t even notice anymore. You’re lucky to have me, aren’t you? After all, who else would want an overweight spinster school teacher such as you?”

Bryce’s brows drew together in a fierce frown. He hated the way Jason belittled Maggie and couldn’t for the life of him figure out why he did it. While Maggie was definitely a full figured woman, she was far from overweight. Just because she wasn’t five foot eight and model thin, Jason constantly put her down for her rounder, softer build. At five foot four, Maggie had large, full breasts that were currently flattened beneath her as she lay across the desk, and full, round buttocks that he itched to feel under his hand. At six foot one, Bryce was a big, hard man, and Maggie’s womanly softness appealed to him immensely. He ached to feel her soft, round thighs wrapped around his waist, her round belly filmed with sweat, slapping against his rock hard abdomen as her hips rose to meet the hard thrusts of his cock as he fucked her.

Maggie cried out as Jason laid the belt across her quivering flesh again before catching sight of Bryce lounging in the doorway. Jason and Bryce exchanged a knowing look, agreeing silently not to let Maggie know Bryce was watching her ordeal. Friends since childhood, the two of them had shared everything over the years. As grown men in their late thirties, they had had their share of women, several of whom they had shared experiences with. In the six months Jason had been seeing Maggie; however, he hadn’t once mentioned sharing her with Bryce, much to Bryce’s disappointment. He had been holding out hope that Maggie would dump Jason because of his demeaning treatment of her, but she continued to take his verbal abuse as if she deserved every disparaging word.

As Jason dropped the belt and released his hard cock, Bryce longed to do the same to his engorged dick as much as he longed to show Maggie what an attractive, sensuously desirable woman she really was. He sensed depths in Maggie that hadn’t come anywhere near to being tapped, even with Jason’s dominant influence. Bryce longed to dominate her sexually, but in a way that brought out her sexuality, not suppressed it. With the right guidance and tutoring, she would blossom beautifully into a woman who was confident not only of herself but of all the hidden nuances of her desires.

Maggie spread her thighs farther apart, hearing the thin material of her panties ripping. Jason reached down and tore them from her thighs, tossing the silk scrap on the floor. Maggie needed to feel his cock in her cunt so bad she didn’t bemoan the loss of the expensive pair of underwear. Her ass was on fire, the heat spreading to her cunt, causing her juices to run down her thighs.

Jason reached between her spread thighs, his fingers separating her lips and soaking up her moisture. “Damn, woman, you’re sopping,” he groaned as he sank two fingers deep into her pulsing cunt. “You really liked your whipping, didn’t you?”

Embarrassed at the tell tale proof of her desire, Maggie could only nod her head and bury her face in her hands. Even after six months, she was still uncomfortable with how much his spankings turned her on. Nearing thirty, she wasn’t a virgin when she first met Jason, but damn near. His overbearing, dominant tendencies were what she had been looking for her whole life. Knowing she was only passably attractive and heavy to boot, made her willing to overlook his degrading insults.

Jason grabbed her sore buttocks and thrust his hard cock into her seeping cunt. “Yes!” she cried out, thinking this was why she put up with him, even though her friends said he was an asshole, and she deserved better. She needed his hard possession and his control, something she knew she couldn’t get from just any man.

Bryce watched as Jason drove his cock deep into Maggie’s cunt. Her wider stance afforded him a good view of her pink, damp folds and a glimpse of her tight puckered anus. How he longed to join Jason in fucking her, sending her over the edge and giving her the ultimate in female satisfaction. The sound of Jason’s cock pounding into her damn near sent him over the edge. He could feel the seepage of his pre-come leaking into his jeans, and he was afraid he was going to cream his pants like some callused youth. God help him, he’d never wanted a woman like he did Maggie. She still had no idea he was standing there watching as she thrust her hips back against Jason’s plundering cock, and as her pussy sucked him dry. Just as she didn’t know he was her late night caller, her phone buddy, that she could, and did, tell everything.

“Come on, Maggie, give it to me!” Jason ordered as he rammed into her tight sheath again and again. “I’m not going to wait much longer.”

Maggie needed no further encouragement. Reaching down, she fingered her aching, swollen clit, crying out as the orgasm burst upon her, rocking her senses, drenching her in sweat and pleasure. She didn’t even feel Jason come, her own release was so intense, so consuming. Her fingers continued to caress her slippery folds as Jason withdrew from her pulsing sheath. Catching her breath, she lifted from the desk, her skirt falling down around her as she turned.

“Hey, Maggie,” Bryce said softly as her beautiful amber eyes widened in shock before filling with unshed, humiliated tears. Bryce got a quick look at her naked, unbound breasts before she quickly pulled her bra over them and hooked the front clasp. They were magnificent, with large, still pointed nipples that he ached to feel in his mouth.

Jerking her blouse closed, Maggie rounded on Jason in righteous, shameful anger. “How could you?” she demanded thickly.

“Relax, Maggie,” Jason replied easily as he bent to retrieve his belt and loop it back through his pants. “I’ve told you often enough that Bryce and I have few restrictions from each other.”

“I thought you’d at least let me know when you were going to have him present and give me a choice in the matter,” she snapped.

“Whatever made you think that?” he asked coolly. “You have no choices in this relationship, and if you don’t like it, there’s the door. Besides, it’s not as if you’re his type. Men generally don’t go for the frumpy, overweight type.”

“Jason,” Bryce began angrily as he saw Maggie’s face pale and then redden beneath the insult. Before he could disabuse both of them of Jason’s assumption, Maggie turned and fled past him, her long, curly red hair flying out behind her. Rounding on his best friend, he demanded angrily, “Why the fuck do you treat her that way?”

Sighing in remorse, Jason watched her running down the hall until she disappeared around the corner. “Hell if I know, but why do you care? She’s just another piece of ass in a long line of them.” Jason didn’t want to admit to himself, let alone Bryce, that Maggie scared the shit out of him. Her shy, sweet demeanor coupled with her innate sexuality was a lethal combination, and his only defense against it was to constantly remind her, and himself, of what he perceived as her shortcomings.

“She’s a nice kid and deserves better than you. What makes you think she’s not my type?”

Jason glanced at him in surprise. “I know you like her, but hell, Bryce, she’s not anything like what you usually parade on your arm. Tall, leggy, and thin does not describe Maggie in the least.”

“That doesn’t mean I don’t find her attractive. As a matter of fact, I do. Immensely. While you were fucking her, all I could think of was joining you. She’s got a fine looking ass, buddy.”

“Come on, let’s go,” Jason said irritably. “We can discuss fucking Maggie at the club. I need a drink.”

Bryce smiled knowingly, “Is that jealousy I hear?”

“Not hardly,” Jason replied dryly. No, he had no strong feelings for Maggie. He wasn’t even sure why he kept her around. She definitely wasn’t his usual type. But now that he knew Bryce had the hots for her, he’d have to see what he could do to give his friend a little time between Maggie’s thighs.

Bryce started to follow Jason out of the office when he spotted the scrap of black satin panties still lying discarded on the floor. Picking them up, he noted the white stain on the crotch, evidence still of Maggie’s arousal. Even though the panties were ruined, he slipped them in his pocket, his cock twitching at just the thought of them being in there. 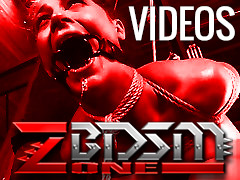