"This should be it." Said Karen, pulling the piece of cloth out from the bowl where it had soaked in a slightly amber, syrup like substance. She held it in the air, the excess liquid dripping off the one square foot piece of denim.

Then, with her gloved hands, she took it and twisted it on itself to drain the excess of syrup out, before throwing it in her tumble dryer and setting it for one hour at high temperature.
An hour later, with excitement, Karen opened the door and took the piece of faded denim in her hands, feeling it, smelling it, stretching it.

It looked like any piece of clothes, except for a slight shine, as if it was partly made of vinyl. She walked back to her workbench, her high heels clicking on the wood floor, and her butt, tightly encased in denim, wiggling along the way.

She dreamed of a denim catsuit where she would be tightly encased, from neck to toe, in tight denim. But how?

After months of research, she finally had the answer, she hoped, as she submitted the piece of denim to UV lights.

Like magic, the denim seemed to shrink, but only in one direction: cross-fibers. It lost about 10% of its width, but remained the same length. She took it in her hands and tried to stretch it. Although it remained very flexible, it has lost all of the stretchability it had before the treatment. Karen was displaying a large smile. She had finally achieved her goal. She carefully noted the recipe and went to produce it in a larger quantity. 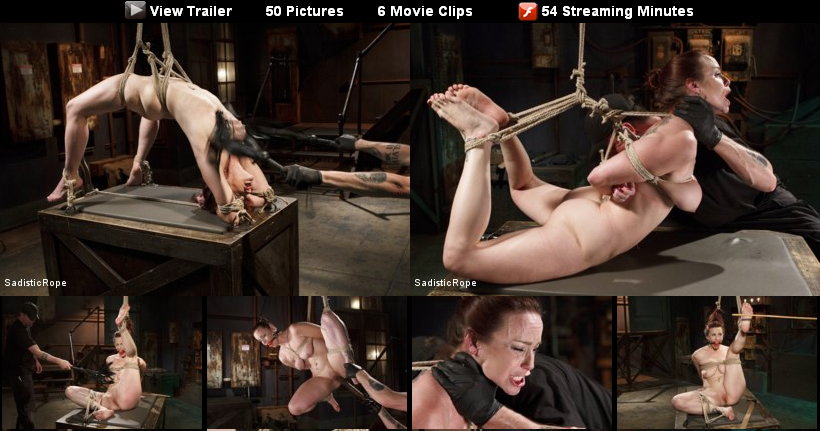 An hour later, she was extracting a large lump of denim out of the liquid, twisting it dry before putting it in the dryer for one hour.

When the drying was done, she picked it up, revealing a denim jumpsuit, complete with attached gloves. Shaking from excitement, she put it on. The stretch denim was already tight, gently compressing her thighs, buns and waist, but of course, not enough to her taste. The stretching allowed her to bend easily to put on her 2 inches platform boots with a spiky six inches heels, and lacing them tightly. The knee high boots were put under the legs of the jumpsuit.
She raised herself up, and pulled on her denim catsuit to remove any unwanted wrinkle. She catches a glimpse of herself in the mirror. She was stunning. She already had a beautiful shape, maintained by hours of workout every week. She was proud of it, and proud to show it. The tight denim jumpsuit was molding her to perfection, with the slight shine enhancing her wonderful curves, but it was time to go for the ultimate experience.

She placed herself in front of the UV lights, and turned them on. Within a few seconds, she felt the denim starting to shrink, squeezing her, tightening it's grip on her like a predator on a pray. Her breath became shaky as the pleasure was building at the same time the suit was tightening. She stood still, feeling the waist shrink as if a corset was tightening. Her breath became shallower, and in shorter gasps. The denim was getting tighter and tighter around her thighs and buns. She felt it ride up her crotch, squeezing it in the process.
She let out a moan. Her arms too were getting tightly wrapped. It was weird, but it was awesome. After about two minutes, she didn't felt anymore tightening, indicating that the denim had stop shrinking. She turned off the light, and walked away.

She moaned with every step. Every move was sending waves of pleasure, either the gentle massage on her crotch with each step, or the squeezing feeling on her breasts with each arm movement, everything was arousing her. It wasn't long before she had her hands at her crotch, her fingers dancing on the tight and silky denim.
She walked to her room, where she collapsed on the bed, rocking herself on her stomach. She came very quickly, and let out longs and low pitch moans. A wet spot appeared at her crotch.

She rolled on her back with the intention of grabbing her breasts, but she couldn't. The suit's sleeves were simply too tight. She couldn't bend her arms more than 90 degrees. She laughed. She will have to take that into consideration for her next suit.

She got up, and with a piece of wire, she was able to grab the zipper handle, and pulled. But it didn't move. She tried harder, but the small wire unbent and slipped out of the handle. She had a closer look. The nylon zipper she had used had somewhat fused. It was now one long piece of nylon, impossible to open. Then the second detail hit her: with the suit that tight, there was no way, even with the zipper down, that she could get it off. The waist would never get pass her hips, being about 12 inches smaller, tight as it was.

"I think it's not ready for the general market yet" she said, laughing at herself.

She walked to the kitchen counter and took a pair or scissors. Holding the scissors in her right hand, she carefully poked the denim in the palm of her left hand to make a start-up hole to cut herself loose. But the tip of the scissors wouldn't go in. She tried harder. She felt the tip on her palm, but it wouldn't go through the denim.
She tried to cut it open with a knife, but it didn't seem to affect the denim at all. She rushed back to her sample, and tried to cut it with the scissors. It did nothing. Nor did a knife, and not even a flame!
Perhaps putting it back under the UV lamps would reverse the process, but her sample came out stiffer, almost rigid.

"With all the UV the sun is throwing at the Earth, you can't even go out now, girl" she said to herself.

She stayed there, facing her chemistry home kit, feeling her bladder starting to send signals that she needed a flush. 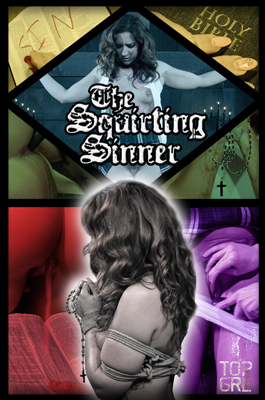