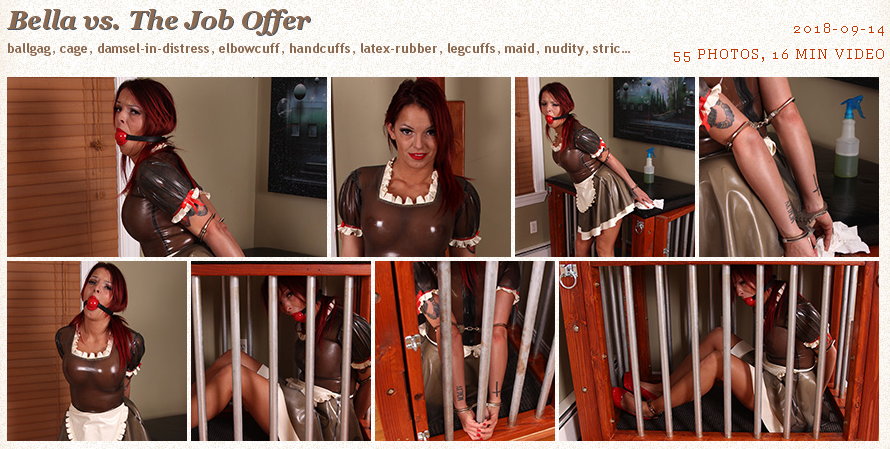 The stake was hard against her back but her arms were not tied too tightly around it. Since that round of applause when first they had entered the arena she had ceased to feel embarrassment at her predicament but there remained still a slight feeling of apprehension.

One of the smaller 'savages' approached and, carefully aligning his stick, poked it into her belly-button that was exposed between her shorts and the tie-front shirt. "Oww." Sally would have kicked him but the rope around her ankles saved him from just retribution. Slowly, she was begining to admit to herself that she was enjoying the situation; it made a change from the dull day she had anticipated all alone in this new town. But, she wondered, what would Lord Baden-Powell have made of Scouts behaving like these maniacs?

To tell the truth, the antics going on around her occupied her mind much less than thoughts about the leader of this prank. It was a surprise that such an apparently sophisticated man would be involved in these goings on. True, they had said it was to raise funds for a charity - which particular charity she had not taken on board - but she would have agreed to anything to see a little more of him. But now she was stuck here in the middle of this rowdy set, undoubtedly enjoying themselves, tied hand and foot to a large stake and he was nowhere to be seen. 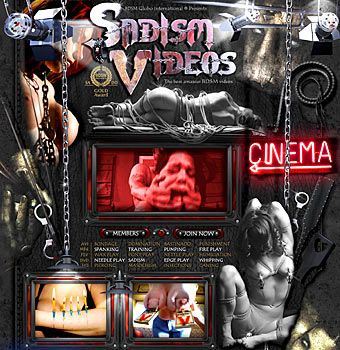 She had been lonely these last few months. After her mother died, she had been lonely ever since she had moved away to start afresh in a new place. Her problem was that she didn't mix easily with the crowd. She hated the over-loud music of the day and the frenetic thrashings that held the name of dancing. She enjoyed good reading, good theatre, elegant clothes when in elegant places; in fact all the things that, in today's young society, marked her out as a... bore; not quite with it.

This beautiful hot sunny day, she dedicated to roaming the woods in a lonely search for peace of mind. Rudely had she been dragged back to reality when a rabble of mixed-age boys, in scout uniforms of a sort, had surrounded her.

"Why don't we just take her with us?"

Two short blasts on a whistle had silenced them and she had found herself looking at a figure which literally flashed authority. "Is this the kind of behaviour Boy Scouts show to ladies? You make me ashamed to own you. What does our code say?"

"Not the point. They were obviously causing you concern. And I couldn't blame you. Now..." He turned back to the troop: "What comes next, if you please?"

One of the older boys stepped forward: "Miss. We are all very sorry. We didn't mean to frighten you. But you see, we've been looking all afternoon for a girl to help us with the pageant and so far nobody would even talk to us... " He trailed off in confusion.

"Oh, there's no harm done," she said. Looking at the faces that surrounded her, she found it hard to suppress a giggle; they all looked so contrite.

"What is it you want done?" she asked.

The leader stayed in the background, leaving it to the senior Scout to do his own talking. "Well, you see... we're taking part in this pageant and we are to illustrate redskins of old who have captured a paleface woman and do nasty things to her that redskins were supposed to have done. We've tried lots of girls but they all said 'Get Lost!' "

"Humm. I can see their point. What do you expect this girl to do exactly?"

"The idea was to capture her in the woods, carry her back to camp and tie her to a tree. Then dance around her... making whoopie... so to speak."

"Don't any of you have sisters?"

She could not help but smile. "Well, I must say that I've nothing much to do this afternoon... just as long as I don't get hurt?"

"Gee. That's great. We'll be very careful you don't get hurt; I promise."

It was then the leader stepped forward and she got her first good look at him; no doubt at all - her heart missed a beat. "That's mighty good of you," he said. "But are you sure it isn't going to inconvenience you?"

"No. not at all. I've nothing planned for the day anyway."

He looked at her long and carefully a slight smile wandering around his lips. "They planned to carry their victim in on a pole, you know, like a hunting party bringing in a kill."

She was doubtful but not inclined to back down on her undertaking. "As long as they don't intend to do the killing bit?"

He laughed. "Ok then boys. Bring your kit. And ... be careful!" Those last words carried a world of meaning and made her feel somehow very safe.

Then things had happened really quickly. Seemingly from nowhere, the boys produced yards of soft silky thin rope . With considerable expertise, they wound it loosely around her wrists and ankles, helped her to sit on the ground and then slid a pole between her hands and feet. When they lifted, three in front and three behind, she found herself hanging helplessly. "Who did you practice this on? " she joked.

"Are you all right?" he enquired.

"So far. But I hope we haven't far to go. I don't really want my arms to get any longer."

"That's my girl," and they set off at a brisk walk.

As they entered the arena there arose a round of applause which strangely turned her embarrassment into a kind of enjoyment. She felt that she belonged and was appreciated. They had three stakes set up - optimists, she thought - and they carried her to the centre one, unshipped her and then tied her as she was now. Then had begun the dancing, whooping, threatening with spears and all kinds of daft capers. But the one man who was really responsible for her cooperation had disappeared.

It finally came to an end when someone shouted something and the whole troop rushed away leaving her helplessly tied to her stake. She wondered vaguely if she should just accept her fate, call for help or simply scream blue murder?

"I see their manners have not improved so very much."

He had approached from behind which was a direction not too easily observed. "Perhaps I could be allowed to untie you?"

"If their shenanigans are over, I would certainly appreciate it."

She felt him manipulating the ropes and suddenly her embarrassment returned. "I'm afraid the youth of today... " he began. "Ah! There we are." She stepped free and began to rub her wrists. "You're not hurt?"

"Not at all. Although I did begin to wonder if I was to spend the night here."

"You really are wonderful," he said. "To do that off the cuff like that. And with total strangers. I'll see they make amends - if you'll agree to come to our next meeting? Do say yes."

"Meantime I'll make amends for deserting you that way. Sorry, but I couldn't avoid it. Please say you'll have dinner with me tonight."

She blushed; it was knowing that she couldn't have said no, even had her life depended on it.

"Worries. Worries. Let me do the worrying. You'll come?"

"Oh thank you very much. Umm, by the way, I also want to introduce you to my Mother. She enjoys very little female company but I think she will love you."

He took her in his car, a very modest affair, but the house to which they drove was far from that description.

He placed a forefinger over her lips: "Let me do the worrying."

His Mother proved a delight and the room into which he showed her for that meeting was just unbelievable. Huge; luxurious, it was everything she'd read about in designer magazines and... dreamt about. To her dismay, the lady of the house was dressed formally in a floor-length evening gown which contrasted rudely with Sally's rough walking kit. "Do I gather that you are staying to dinner? I do hope so; I get so little company these days."

"Take Miss Sally to her room and help her as needs be to change."

Sally was all at sea; not quite sure what was happening. The maid led her upstairs and into a bedroom that she could not believe. "There's a shower in here, Miss, and your gown is laid out on the bed. Do you wish me to stay?"

She shook her head, all but speechless. The girl held up the gown and smiled. "Mr. Alex has a wonderful eye, Miss. I'm sure you will find it fits and it should suit you. But, if you need me, just press the bell there."

After dinner they spent the evening dancing - Sally's beloved ballroom dancing - in the lounge to music that seemingly came from nowhere. Alex danced with his Mother and Sally both. And then, said his Mother, "It's getting late. If you have to return tonight, my dear, the car is at your disposal. But, if you will stay with us, there is a telephone over there."

"There isn't anyone to telephone. I can please myself. To sleep even one night in that wonderful bedroom...". 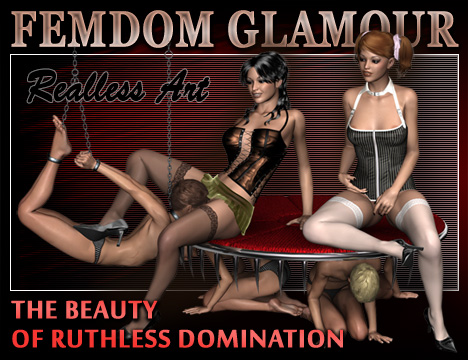 Later she was to feel amazement that she had come to trust these people on such short notice. Nobody knew where she was; indeed nobody really knew she existed. Alex escorted her upstairs back to that bedroom. At the door which he opened for her, he asked quietly: "May I kiss you goodnight? I want to thank you for a wonderful evening."

She coloured deeply but, almost without realising, raised her face to his. He held the kiss and she surrendered to it. As he broke away, he grasped her right hand firmly but gently and she felt something hard; he changed his grip to the other hand before saying, "A Boy Scout rule is always to be prepared. I want to make sure that I am welcome in the morning. I'll bring the key." And he was gone.

She closed her door and looked in astonishment at the polished handcuffs that secured her wrists together. She went to the great mirror and surveyed herself, raised her cuffed hands, pulled at them to no avail and began to feel a very strange excitement filling her body.

A tap on the door preceded the entrance of the maid Delia. "I was sent to see if you needed any..." Suddenly, she spotted the handcuffs decorating Sally's wrists. "hel... Oh my! Did Mr. Alex do that to you? He is a wild practical joker but I have never known him to go that far." She touched the chain between Sally's wrists. "I reckon he must have become quite attached to you," she giggled. "Lucky you."

"I can't get them off." She thought later that it was a rather weak remark.

"You want I should go get the key?

"You don't have to worry miss. You're quite safe, I can assure you. Perhaps I shouldn't spoil his fun? He may be wild at times but he is very much a gentleman."

"You know," said Sally, "I've never worn handcuffs before, let alone slept in them. They are kind of..."

"Exciting, miss?" Her grin was broad and sympathetic. "I wouldn't mind changing places with you - be the first time for me too."

"Oooh, Miss. We're really going to enjoy having you around."