She'd lost count of how many times. In fact she was too worried to even try to count the number of times that she had strained upward against the ropes to peer along the length of the beach. And yet again she looked toward that menacing line of surf; the distance had now shrunk to barely thirty feet.

What the hell were they playing at? Surely they couldn't have forgotten? She'd not had a worry in the world when they had tied her down here. They were long-standing friends, nothing more, they just hung around together. Practical jokes were the order of the day and, usually, she was the target; but then, it was comforting and safe to be the centre of such a group of husky types? The three bears she called them. It had been just an afternoon of swimming, frolicking in the sun and playing silly beggars in general. They had clambered over the rocks and found themselves on this beautiful little isolated beach and everyone had tried to outdo the others in suggesting the reason for the four stakes sticking so solidly out of the sand.

Eventually Tod reckoned the reason might be found in the cave back up the beach; it was in there that they must have found the heap of rope. Whose idea this was she didn't know because she had stayed out on the beach soaking up the sun. When, without warning, they had descended on her she hadn't stood a ghost of a chance against three hulking great men. They'd carried her to the stakes, stretched her out and bound her very securely spreadeagled on her back. "You look absolutely great, doll," Tim had assured her.

"The pirate's gift or fish-cakes from heaven," was Don's contribution.

Tod bent over her and whispered confidentially in what was supposed to be a theatrical whisper: "I'll lure these others away and then come back for you my little beauty. Don't expect any mercy."

"Don't you dare leave me here like this. I can barely move a muscle."

"Well," said Tim, "Bare-ly seems to be about the right adjective. I've never quite figured out how you babes manage not to wear those non-existent bikinis."

"We'll be seeing you... you helpless beauty, you" and they had started to walk away.

"Come back here!" In her best authoritative voice, "Turn me loose!" But for all the difference her demands made she might have been wearing a gag.

They must have been gone more than an hour now ? For sure they'd be sitting up in the rocks watching her struggle and squirm. Wouldn't they just? Very funny. Well, they'd had a great show since she'd noticed how the tide was racing in. The marks and weed growing on the stakes showed that they were regularly covered by the sea up to about two feet or more. The moment of total horror had come when she remembered that yesterday afternoon they had stayed on the beach until about four when the incoming tide had driven them off. Last night had been such a beautiful night with the full moon sailing over the sea... and a full moon meant spring tides? That partly explained the speed with which the water was advancing up the beach - it meant too that it would reach a maximum depth - and very soon!

If they didn't come quickly she was going to drown. Had they themselves driven these stakes then the sea would have loosened them and, most likely, she could have wrenched herself free. But these things were seemingly planted deep and had survived many tides.

Suddenly fear overtook her; she screamed and thrashed wildly but in the end she stopped through exhaustion.

"What in the name of God is going on here?" She couldn't believe that someone had spoken until he came into her field of view bending over her. He drew an ugly looking knife from his belt, sliced through her bonds, lifted her to her feet and urged her to run.

"You must be stiff," he said, "but we've only got seconds left before... Hurry up!" he dragged her, staggerring, along the edge of the water to where a small rubber dinghy lay. He tipped her into it and started dragging it toward the water. He abandoned the effort when he started to sink into the sand and clambered over the side to fall on top of her. "That was too damn close for comfort."

When she looked back she saw that the water had already covered the spot where she had lain a prisoner. Her rescuer had picked up an oar and was paddling off and so she seated herself in a better position, took up the other oar and followed him.

"Good girl, " he said and, after a few minutes: "we're safe enough now. Let me have that oar; you sit back and rest a while."

She looked back fearfully but the beach was not to be seen; the sea had swept in to cover it completely. She shuddered and turned back; to her great surprise they were not twenty yards from a neat little yacht that dipped prettily to her chain as waves passed under her on their way to that beach.

He seemed to be well organised. As he manoeuvred alongside she noticed two ropes dangled over the side. "Can you catch that rope?" he asked. "Don't move; just hold it." The second rope fell into his hand and he tied it to the dinghy. "Now, if you could pass your rope through that ring and give the end to me? Lovely. Thanks. Now it's all safe and shipshape. Climb aboard."

He followed her over the side and with a single heave dumped the little tender on the coachroof and lashed it down. "Now, " he said and for the first time he smiled... and she liked that smile. "I can't recommend an alcoholic drink at this moment but you can have any quantity you like of a hot one. Coffee? Tea? Chocolate? This little lady carries them all."

She looked back to the beach again. "What happened back there? Why the big rush to leave?"

"Quicksand. There’s an underlying rock basin. When the tide comes in that lovely looking beach becomes a death-trap. You wouldn't have been the first by a long way. Whenever I sail by, I always take a good look and warn off anybody I see there. When I saw you, I simply couldn't believe my luck. But, first things first; how about coffee?"

He found her a big jersey and a pair of shorts; she was swamped but she knew he was right when he said it would be cold underway. He also used his knife again to cut away the remainder of the ropes around her wrists and ankles... and his touch made her wish there were more of them. When his preparations were done he made sail, recovered the anchor and they were away. "Breeze is rising, " he said, "it'll be a long and bumpy beat I'm afraid."

"The best way to sail," she answered and his obvious delight in her reply gave her a satisfaction she had not felt with any other man.

It was some time later when she asked the question: "What did you mean back there? You said when you first saw me tied down you couldn't believe your luck? "

He gave a slightly embarrassed laugh. "Slip of the tongue. That's all."

"Oh, all right. I've always had a fantasy about finding a beautiful girl stripped and staked out in the desert and left to die. I presume you weren't left to die - none of you were familiar with that beach? So, whoever tied you, obviously was unable to get back to you. In my fantasy the girl is always naked but... in reality I prefer to see them nearly naked. Through the glasses at that distance you were exactly that. Must confess I was so fascinated I almost left it too late to... come... " He tailed off in crimson confusion.

She crossed to him and kissed him: "Now keep your mind on that tiller. I'm very glad indeed that you found me; I can't begin to tell you how terrified I had become. It was three jackass skylarking male friends... I bet they're very busy at this moment dirtying their pants... if... ". She was suddenly apprehensive. "If they survived ?" 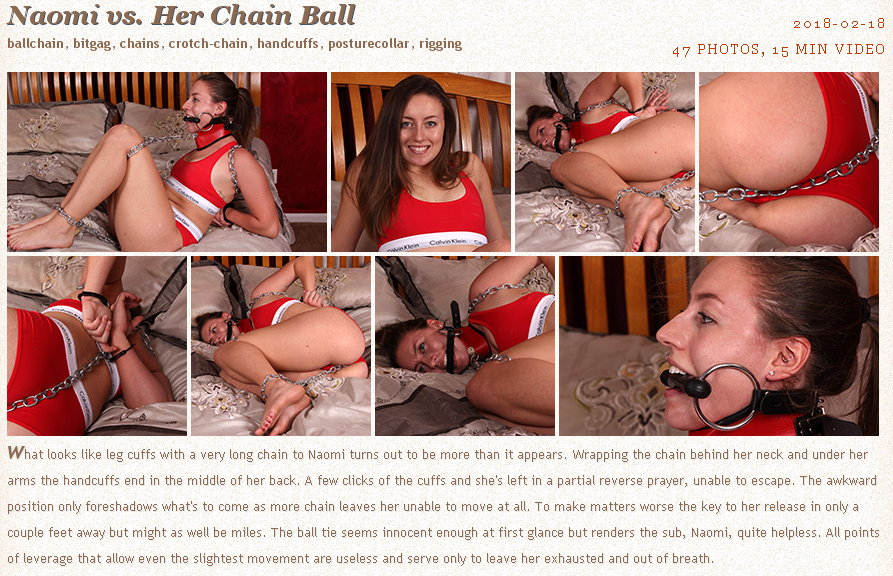 He answered quietly, seeking to reassure her: "Most likely they have. The actual danger area is quite small and quickly cut-off. With local knowledge, they wouldn't even have left you."

"Perhaps you're right." He smiled and she felt better. This man was not at all like her less-than-dashing Three Musketeers who had so sorely let her down. "But... er... may I deduce from your explanation that you find me beautiful? "

Now he was truly embarrassed. She laughed in delight: "Naughty of me to tease. But I owe you something and I've a... I'd like very much to clear that debt. You can indulge your fantasy... take me into the desert any time of your choosing and stake me out. As long as the sand is dead - not the quick variety. "

He looked at her, then back to his little ship and then back again; he had the look of one making new discoveries. Nodding his head slowly, he said, " Never thought of doing it in the dark.”

“Naked or otherwise you’d feel a bit of a nana staked out in the desert with a sunshade?”

She laughed and then, looking back over their wake, she shuddered again. "Anything definitely safe would be a good feeling after that tomfoolery. And... er... when we get in tonight... do you think ... well... can I make a telephone call or two first?"

A grin was spreading over his face. Yes, she definitely liked that smile even if it was caused by her embarrassment. "Then I'll have to get some clothes."

"Will that be strictly necessary? If you're going to be staked out... ?"

"Much will depend," he said with a remarkably deadpan face, "on exactly who practices what and in the order of its doing."