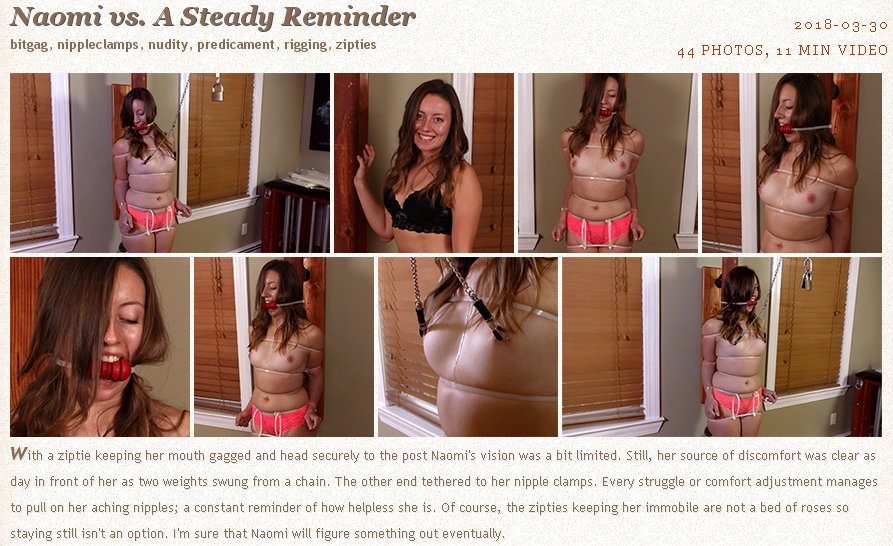 Sasha didn't explain that she would take an hour. When she finally did come back she immediately stripped Amber and tied her up with a whole mess of black leather straps, before leading her upstairs to the bedroom.

'I hope you don't expect me to sleep like this.' Amber said, struggling.

'What are you going to do with that?' Amber asked.

'There.' Sasha said, jumping off the bed.

'Doesn't that feel good?' Amber cooed smiling, watching her friend writhe around on the bed in ecstasy.

Amber was already heading towards her second orgasm. Her body rocked as it hit and after a few moments of absolute bliss, her pussy became incredibly sensitive.

'Well, I think you are going to have pleasant dreams, but you are awfully loud - it's a good thing I have these really cool ear plugs.' Sasha laughed, putting an earplug in.

'Please...' Amber said squirming. 'You can't leave this thing on all night!'

But she got no answer. Instead, much to Amber's complete chagrin, Sasha rolled over and fell almost instantly asleep. Amber was not so lucky, but that was of course Sasha deviously torturous plan...