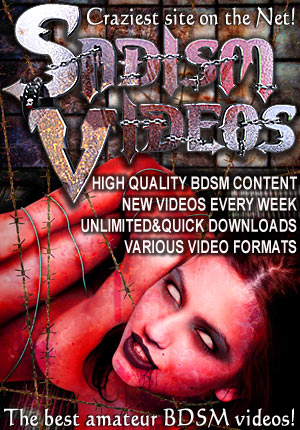 "Welcome back to our special night-time elimination round - we have nine contestants that will be battling it out. Why just nine? Because our three race winners from this morning are currently enjoying a night of rest and relaxation. Let's give our girls here a view of what they lost out on."

The nine woman were arranged in a semi-circle facing a wide-screen television. The crouch straps and belts from earlier are gone and they are all seated backwards in wooden chairs. Their legs are each cable-tied to their corresponding chair at ankle and mid-calf and their arms cable-tied to the sides of the chair backs, elbows pointed down with ties at the wrist and elbow. Their thumbs have been press against the chair back's top rail and cable tied as well.

The television picture flared to life and bound women were 'treated' to the sight of Marissa, Etsu and Nicole relaxing in a heated whirlpool. Images taken earlier showed the three - dressed back in the pale green kimonos again - mouths free, chatting to each other while seated around a table and being served steak and lobster.

"Yes - that could have been any of you. And it still could be you."

Jeff smiled as he found he suddenly had the rapt attention of all nine women. The television screen went black again as he continued.

"Our first little contest will be to eliminate one of you - not a loser, but a winner. Whoever wins will be shipped immediately to the hotel to join the other three. The remaining eight of you will compete until only four of you remain. Clear?"

As they nodded, the assistants began snipping their legs free - then their arms were freed. For a moment. Their thumbs were quickly cable-tied together behind their backs. As the women were made to stand, their chairs were moved to the center of a large circle marked out in a thick chalk line. The chairs were positioned in a circle as well, facing outward. The women were taken back over to the chairs and forced to sit again - this time, forward. More cable ties cinched big toes and ankles together before one assistant moved behind each woman to hold her firmly in her chair as a second assistant came up and attached new nipple clamps - which were joined with chain that had three jingle bells attached.

"This time, you aren't allowed to interfere with one another. Any touch or collision with a competitor will result in your automatic disqualification. The goal is simply this. You are each twenty feet away from the edge of the ring. The first one of you to successfully exit the ring wins."

"SSKers - place your bets. All winners will be receiving an extra-special treat."

"Everyone with the exceptions of the assistants behind the chairs, please clear the ring now. Thank you. All ready? Gentlemen - release the competitors."

A seperate camera was assigned to each of the women as they began to jiggle and jingle their way out of the ring. Mia, who had prove so successful in other ways, proved to be a poor hopper and fell within a yard of her chair. Seconds later, Paige joined her on the ground. Maria made it nearly six feet before falling. Out of the pack, Jessica and Yumi proved to be the accomplished hoppers. And the two of them had had neighoring chairs, so they could easily see how the other was doing.

Three were on the ground and four not even to the half-way point when Yumi and Jessica reached the last two feet. Jessica made a lunge to throw herself out of the ring but she was still in it from the knees down when Yumi made her final hop out. Assistants moved eight of the chairs back in a half-circle and drug the eight remaining woman back to them. They got to watch as the ties were cut from Yumi, nipple clamps removed, hobble applied and the gag removed before she was allowed to walk over to a walking car that had been standing by to whisk her to the hotel.

"Well, it looks to me like our remaining contestants are all warmed up and ready to begin the real elimination part of tonight's show. We'll be right back to bring you that live here on YBYF."