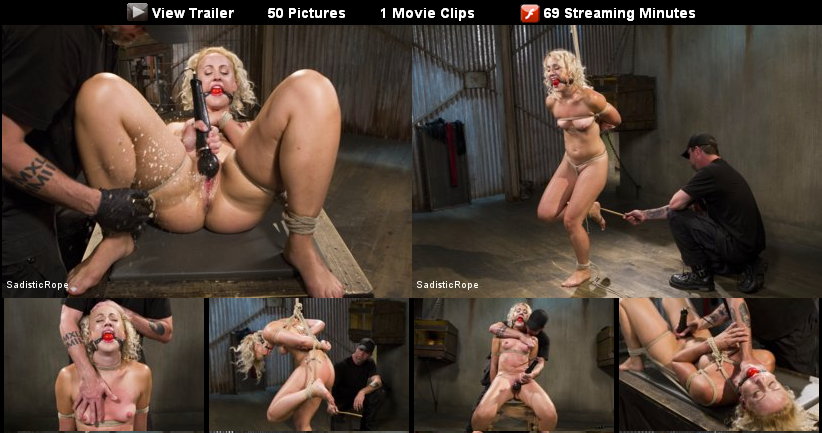 He pushed her down onto the mattress. She screamed again, her legs scissoring for balance. Then she put them tightly together, curling them up. He was on her, pushing down her shoulders. The leotard top had slipped to cut across the bottom of her round tits, and he took a nipple in his mouth, sucking.

She screamed, and writhed and kicked, trying to get a knee under him, but he kept holding her down; licking and sucking her tits. As she started gasping and crying, he grabbed both moistened orbs and ground his palms on them. Her head went back, all the veins on her neck stood out, and she howled in agony. He ignored it, sliding his body across hers and forcing his hips between her legs.

She was young, tight, and strong, but he was much bigger and heavier. She moaned and writhed, but he lay on top of her, his legs between hers. His hands were everywhere: in her hair, over her sealed mouth, across her neck, on her tits, feeling her sides, her hips, her ass, her thighs. Then he was yanking up her mini-skirt. Then he was scratching at her cunt, and pushing his thumb against her covered, lower lips. She started pounding her head on the mattress. He laughed.

“Go ahead. You can’t hurt yourself.” He took her right nipple between thumb and forefnger. “Only I can do that.” He pinched it hard. She screamed again, her body taut, and stretched as far as she could.

Melissa scraped her mouth against the rough wooden bottom of the staircase for the tenth time. Again the coarse wood scratched her face and pulled at the tape adhered across her lips. The cotton balls inside the tape squares over her eyes were soaked with tears. She felt her black, spandex miniskirt adhered across her rump and thighs as if it was another part of her bondage.

At least she felt that. Her hands were as good as gone. She could hardly move them anymore. They just hung limply on the other side of the tightly wrapped tape. She could still feel her legs, but that didn’t do any good. Her ankles were taped to her wrists again, only this time her thighs were taped together, keeping her legs bent tight. She lay on her stomach, the grit of the dirty foor grinding against her fesh.

Her leotard couldn’t protect her. It was hardly there any more. He had cut the lower part off. He had started by pulling the band which covered her crotch, and cutting that in two with scissors. To get the tail that made out of the way, he pinched a section at her waist and started cutting around her torso until she was left with a spandex T-shirt which adhered to her tits, but left her midriff exposed.

Then he pinched at her fesh-colored tights, which now looked like second-skin pants. He took a piece between her legs between his thumb and forefnger, knife at the ready.